Marks 5th anniversary with 50% increase in sales, more than $15 million in revenue

The company is expecting more than $15 million of sales by the end of 2015 , more than 50%  growth compared with 2014. So far in 2015 the company has formed important partnerships with Sizmek, TailTarget and PubMatic, and has opened a new office in Spain. In April the company launched the Adsmovil Ad Exchange, the first mobile ad exchange that focuses on Hispanics. And it won both a Gold Smartie, from the Mobile Marketing Association, and a FOMLA, from the Festival of Media LATAM, for an innovative campaign it ran in Ecuador on behalf of Unilever Magnum. In addition, the company won two bronze Smarties for a campaign it ran in Brazil for Reckitt Benckiser.

“We’ve helped more than 500 advertisers reach their audiences on more than 5,000 campaigns,” said Adsmovil CEO Alberto “Banano” Pardo. “Moreover, as Professor Eduardo Gamarra recently explained, our company is poised to serve as the strategic connector for the Latino vote in the upcoming U.S. Presidential election.”

“Mobile marketing strategy, content integration and advertising will be vital in the years to come,” said Independent Marketing Consultant Juan Carlos Giraldo. “Adsmovil is pioneering the way brands and content creators are interacting with the increasingly mobile Hispanic audience.”

The nations where Adsmovil has made the greatest progress in the past five years: 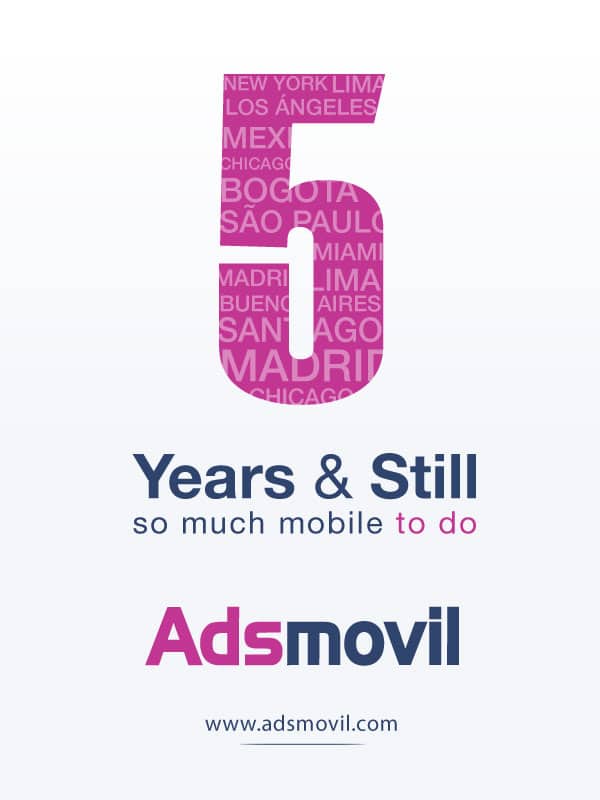