42.8% of Latinos are not satisfied with the way they are treated in the United States

The latest results of the ‘New Latino Voice Poll 2020’ executed by Adsmovil indicates that racism in the United States is a very serious issue.

Adsmovil runs mobile polls by using their technology and precise targeting capabilities to reach the U.S Hispanic audience by country of origin and political party preference. The idea is to learn how Latinos feel about the candidates and other important issues.

For the ‘New Latino Voice Poll 2020’ Adsmovil has partnered with ICR consulting (Professor Eduardo Gamarra), which specializes in political campaign communication, measurement and strategy in the US Hispanic and Latin American markets.

This past week, Adsmovil asked their US Hispanic audiences the following questions:

Below you will find the results: 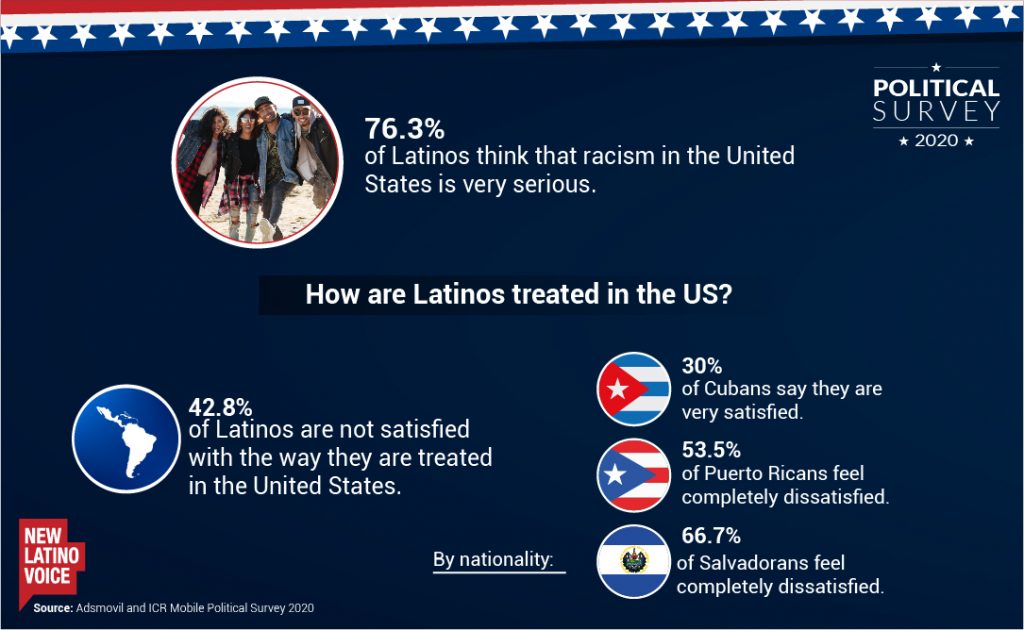 For the question regarding the upcoming presidential election, the results were as follows: 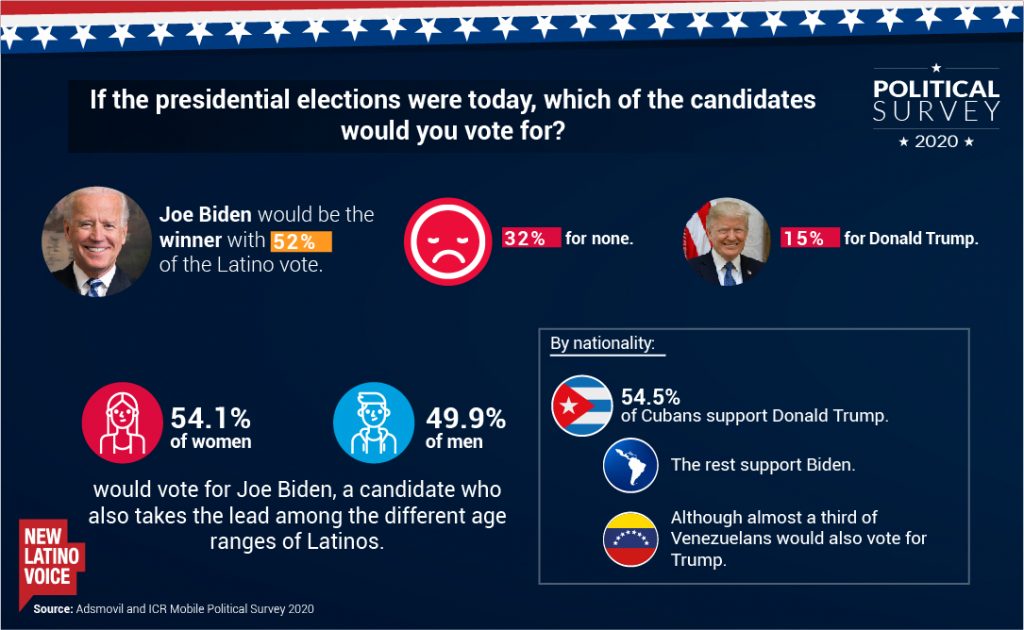 Adsmovil has been an expert in executing Political election campaigns to reach Hispanics since 2012.  In 2020, Adsmovil earned the Reed Awards, the most prestigious award in political campaigns & advocacy with the ‘New Latino Voice Poll 2020’ campaign for the “Best Use of Mobile Technology” category.