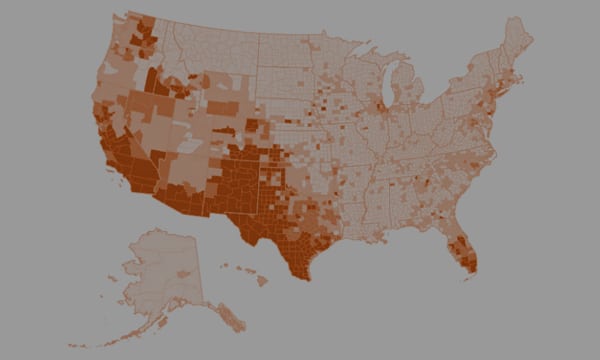 In a connected world of ever-changing data, it’s hard to imagine basing marketing decisions on a single data point. And yet, that’s how advertisers have historically been forced to target and reach Hispanic consumers on mobile.

The Mobile Majority – an advertising technology company based in Santa Monica, California – has developed a new data model to better reach Hispanic consumers on smartphones and tablets, regardless of the language they choose to consume their content.

Launching first with its Hispanic Smart Segment, The Mobile Majority can now offer advertisers up to 10 times more mobile inventory for specific demographic audiences than is currently available through standard RTB opportunities.

Currently, there is a large disconnect between Hispanic mobile usage and the amount brands are spending to reach them through mobile advertising.

The Hispanic market is not only engaged, but also large – and still growing. By 2050, Hispanics are expected to make up 30% of the U.S. population. Today, they already represent $1.5 trillion in buying power. Hispanics living in the United States are also highly connected to their mobile devices.

Even still, the AHAA reports that “the top 500 U.S. marketers are allocating about 8.4 percent of their overall ad spend to Hispanic dedicated efforts.” Though this number has risen from 5.5 percent in 2010, it is approximately half of what it should be proportional to the number of Hispanics living in the U.S. today.

Until now, advertisers have relied on a mobile device’s language to be set to “es” (or Español) to determine if they should serve a Spanish language ad to that specific consumer.

Currently 3% of all bid requests that come through real-time bidding (or RTB) environments have this setting enabled. To put this into perspective, Hispanics and Latinos make up 17% of the U.S. population – a number that is expected to grow significantly in the coming years.

The reason is likely due to the fact that in many Spanish speakers’ lives, English is also prevalent – both linguistically and culturally. Online, 73% of Hispanics consume media “only in English” or “mostly in English, but some Spanish.”

Targeting Hispanic consumers solely by the language setting on their phone is a gross over-simplification of what is a burgeoning mobile market. Language alone does not define a culture.

As a result, advertisers trying to reach this highly engaged and receptive audience have been missing out on millions of potential mobile impressions.

Dual Creative from a Single Campaign

Because Smart Segments are implemented in real-time, it is possible for an advertiser to load two versions of an ad – one in Spanish and another in English – into The Mobile Majority’s platform.

“We all know that Latinos own their smartphones as their first source of entertainment and information, but most of the advertisers still focus on traditional Internet placements to reach them,” explains Giancarlo Molero, Partner at DLB Group Worldwide.

He continues, “If you are watching or reading what is going on your country of origin (Mexico, Dominican Republic, or Venezuela) you might be more willing to receive messages in Spanish.

“But if you are having fun with friends watching Late Night shows clips, you might be willing to see the ads in English as well. At the end, it is all about better understanding how the audiences consume media and how they prefer to interact, and that is something we can accomplish with excellent results with The Mobile Majority.”

Currently, advertisers can reach only 3% of these consumers using the traditional method of targeting via device language. Through this new method, The Mobile Majority has unlocked 9 times more Hispanic mobile inventory in these areas for agencies and brands looking to engage with Hispanic consumers.

Of the entire U.S. Hispanic population, roughly eighty percent live in ten states. While using state-wide bid request data would lead to good coverage of this population, the accuracy would suffer.

“As an alternative, The Mobile Majority has created a new data model that uses census-level data cross-referenced with real-time bid requests and our 1st-party data. The result is a much wider recall with very good precision,” said Yongjia Wang PhD, Head of Data Science.

“In California, for example,” Wang continued, “there are 85 counties that can be analyzed to identify the most concentrated Hispanic areas in the state. By drilling down much further to census-level data, the team was able to analyze 8,057 census tracts for highly granular data.”

In addition to hyper-local location data, Smart Segments look at on variety of factors such as device, contextual, and in-app interest/behavioral data to predictively serve the appropriate version of the ad.

The result is a highly scalable new inventory source for advertisers to reach multicultural audiences with a high degree of precision.

“Working with The Mobile Majority will help us deliver better results for our existing clients and undoubtedly attract some great new brand advertisers as well as ensure that Hispanic Americans are reached with ads in the appropriate language — both great things,” added Pardo.