Surveys from a variety of sources demonstrate that Latino voters will be critical to the outcome of the next U.S. Presidential election, as well as many other races. For this essential bloc of voters, it’s mobile advertising that gets the message across.

There are now 52 million Latinos in the U.S. More than 12 million Latinos voted in the 2012 election, and one result was that more Latinos were elected to the House and Senate than ever before. Prognosticators expect 2016 to see 16.7 million registered Latino voters. By 2030, Hispanic voters will comprise an estimated 40% of the eligible electorate. 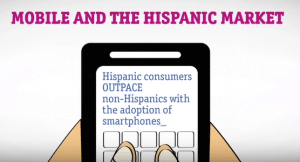 According to Univision, a whopping 92% of eligible Hispanic voters are “very likely” to vote in the Presidential election. That percentage would easily outpace the already strong turnout from 2012, when 82% of registered Hispanic voters went to the polls, according to the U.S. Census.

Mobile phones also provide the main link for Latinos going online, with 76% using their phones to access online content. According to Google, 65% of Latinos use their smartphones exclusively to go online. 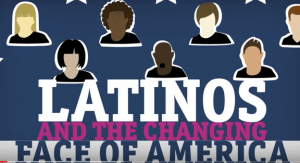 The power of mobile advertising was evident in the last Presidential election, which was the first one to use a targeted mobile campaign to engage the Hispanic vote, helping to swing the election in key battleground states, such as Florida, Pennsylvania, Ohio and Colorado.

According to the Partnership for a New American Economy, Democrats garnered just over three-quarters of the Hispanic and Asian vote in 2012, winning the swing states mentioned above as well as Iowa, Michigan, Minnesota, Nevada, New Hampshire, New Mexico, Virginia and Wisconsin. In a close election, any one of those states could make the difference between winning and losing.

If Republicans had garnered 44% of the Latino vote in 2012, as George W. Bush did in 2000, then Florida, the deciding state in 2000 (after the Supreme Court ended the famous “chad count”), would have become too close to call.

American presidential elections always reflect the significant contradiction between the popular vote and the electoral vote. As political consultant Karl Rove noted, Cuban-Americans were certainly important to the 2000 election, but the Hispanics who really helped win the election for the Republicans were groups of Pentecostal Puerto Ricans and Dominicans who helped George W. Bush win Florida’s electoral votes.

Micro-targeting was just getting started during that election. Now it’s crucial to every campaign, and there’s no better medium for reaching micro-segments than smartphones. Companies like Adsmovil, which cater to Hispanic mobile sites, can provide the path campaigns are looking for. In 2000, George W. Bush won the electoral vote but not the popular vote. In a few swing states, the Hispanic vote is small but critical. If the roughly 3% of Hispanic voters in Ohio all go Republican, for example, that could be enough to tip the whole state Republican.

Moreover, according to Univision, Latino voters aren’t as solidly Democratic as some think. While 58% of Hispanic voters identified as Democrats and 16% identified as Republicans, an additional 26% are Independents. The poll also revealed an interesting juxtaposition among Latino registered voters, with 32% identifying themselves as “conservative” while only 28% describe themselves as “liberal.” This disconnect between affiliation and political POV suggests that the GOP, in particular, could benefit from advertising to Latinos with messages that highlight those shared conservative values, helping to sway persuadable voters.

A large percentage of Latino voters remains either unaware of the candidates or has yet to form an opinion (“don’t know”). Both Martin O’Malley, a Democrat, and Scott Walker, a Republican, received considerable “don’t know” responses in a recent poll — leaving a lot of room for persuasion. These unformed opinions offer a challenge to Democrats and Republicans alike, and a substantial opportunity to influence votes.

The record Hispanic turnout was the key to Obama’s re-election in 2012, just as that turnout will be crucial to the election in 2016. Disproportionately high rates of smartphone adoption and usage among Hispanics mean that mobile advertising will be an increasingly important medium in reaching this important voting bloc.