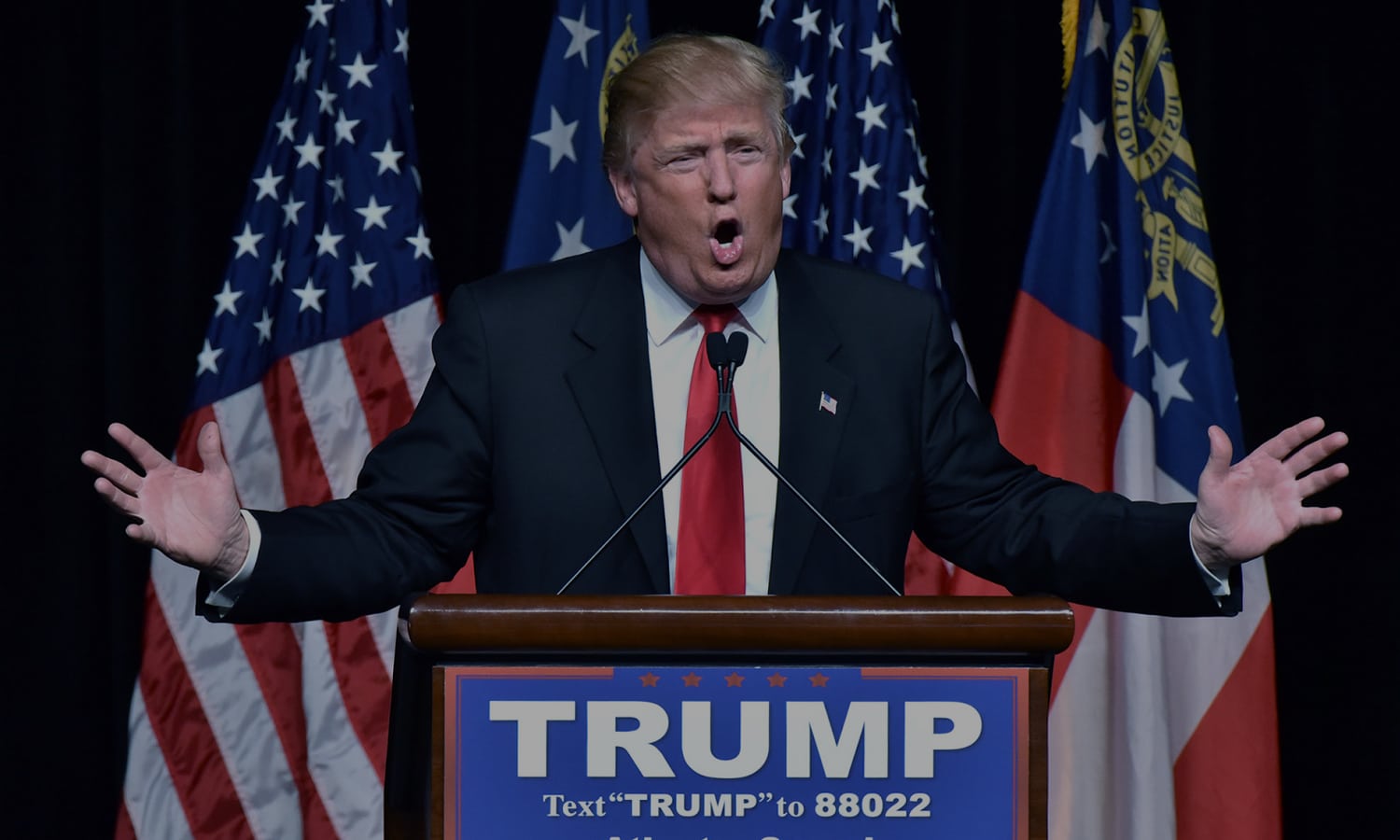 A new online poll held before the South Carolina Republican primary and conducted by professors at Florida International University reported that GOP presidential candidate Donald Trump received 37% of support from GOP Nevada Latinos. The poll, which included three candidates who have already dropped from the race (Jeb Bush, Chris Christie and Carly Fiorina), identified 1,001 Latinos in Nevada, 341 of which identified themselves as Republicans. The group shared the following slide with Latino Rebels:

Professor Eduardo Gamarra, who is part of FIU’s Steven J. Green School of International and Public Affairs, said that his group has “tested the methodology before,” and is “confident that the results are real.” Gamarra and his team administered the poll with help from Adsmovil, a company that specializes in mobile advertising for U.S. Latinos and Latin America. According to Adsmovil, it is work with FIU faculty on a new initiative on Latino public opinion to track the Latino vote throughout the primary and general election process.

When asked about the validity of this online smartphone-only poll, Gamarra said that he and his team stand by the results:

Adsmovil polls highlight the way state-of-the-art technology can be used to conduct public opinion and market research. Over the course of the past decade, most research firms and academic institutions have faced the challenge of achieving representative samples given the decline in fixed-line phones and the growth in cell-phone and online communications. Laws continue to restrict the ability of researchers to obtain reliable databases to poll respondents with confidence. As a result, the trend has been toward the development of a series of non-probabilistic purposive surveys, including social media predictive methods. While these surveys are not random and do not meet expectations of probabilistic methods, they can provide very large samples that address many of the questions related to representation and levels of confidence.

The following link is the documentation, excluding information about the Democratic caucus, that the FIU team sent Latino Rebels. It includes breakdowns of registered voters and who is likely to vote in tomorrow’s Nevada GOP caucus.