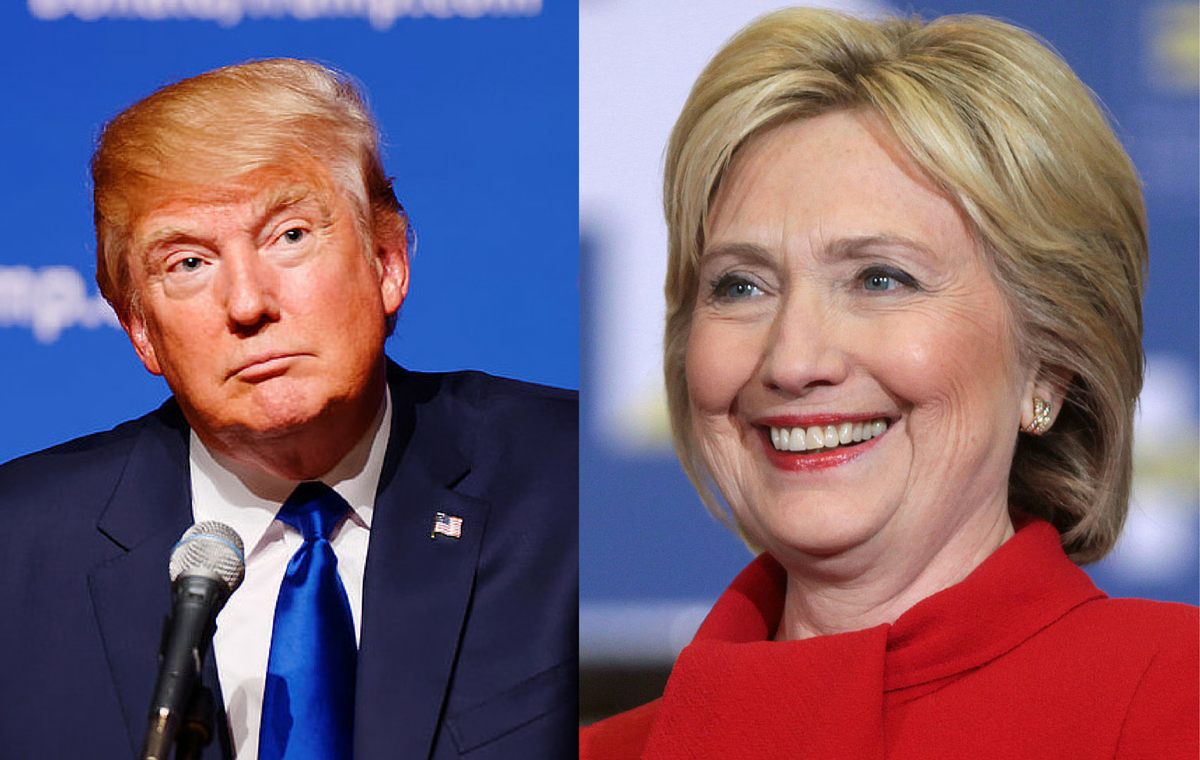 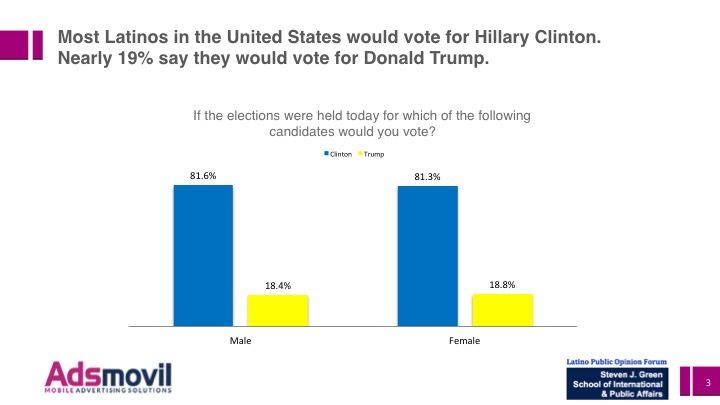 The online mobile survey, part of the Green School’s Latino Public Opinion Forum, was conducted from March 1 through March 8. According to FIU Professor Eduardo A. Gamarra, who designed the mobile online survey with fellow FIU Professor Guillermo J. Grenier, over 9,000 registered voters participated. Gamarra said that this new kind of online mobile survey polling is still in the early stages when it comes to political polling, but so far he has been impressed by the response rates and the results, especially since these mobile survey methods have been used previously with some success in the area of formal market research.

“This kind of polling was very innovative for us because the average phone poll these days only has at best about a 9% response rate,” Gamarra told Latino USA. “That’s been the problem largely because nobody owns now a land line. So we moved into this cell phone world, but it’s impossible to get cell phone databases from telephone companies primarily because of legal restrictions.”

Out of the more than 9,000 voters in the survey, over 500 individuals identified themselves as Latino, but Gamarra said that the survey’s strong response rate and the fact that the survey was conducted in Spanish would indicate a high degree of accuracy that the overwhelming majority of participants were Latinos.

“This is really where the technology needs to be a refined a little bit,” Gamarra said. “We know that the database is Latinos. We asked the questions in Spanish. But as verification, we asked participants, ‘Are you a Latino?’ What happens when we do that? People don’t want to confirm that they are Latinos.”

“There are a lot of Americans who speak Spanish today, but I don’t think they would answers polls in Spanish if they weren’t Latinos,” Gamarra added.

The FIU results confirmed the findings of other recent higher-profile national polls with Latino votes. For example, in a Univision-Washington poll from last month, Clinton held a 73%-16% advantage with Latinos in a head-to-head contest against Trump. In addition, a new Gallup poll said last week that 77% of Latinos have an unfavorable view of Trump, while 12% view him favorably. Results from the March 15 Florida primary said that Clinton won 69% of Latino Democrats’ support, while Trump won 27% of Latino Republicans.

“What we found about our survey is that results actually paralleled the results’ average of all other polls,” Gamarra said.

Gamarra also noted that even though the FIU survey is not a “probabilistic poll” like Gallup, this new type of survey does add value informing the Latino community, especially since the number of polling organizations that focus on the Latino electorate is very small.

“Probabilistic polls assume that every Latino in the United States would have an equal chance of being polled. This is simply not the case here with this survey,” Gamarra said. “We knew that going in that this was not probabilistic. Probabilistic polls are very difficult to make these days because of the constraints around land lines and other factors.”

“What we are saying is that we have a database that belongs to Adsmovil, which we are polling,” Gamarra continued. “Everyone in that database has an equal chance of being polled. But we are not claiming to speak for all Latinos. We are not in that range. But what we are saying, and this is the important part—because we are getting such large numbers, about 10,000 responses, we are compensating for the fact that this survey is non-probabilistic by getting the huge numbers that we are getting.”

Having such numbers, Gamarra explained, gave his group’s efforts “confidence in the results” of the survey.

FIU also broke down age demographics for Clinton and Trump supporters. It concluded that even though Trump’s Latino support was small, it was still young. Clinton’s Latino support tended to skew older. 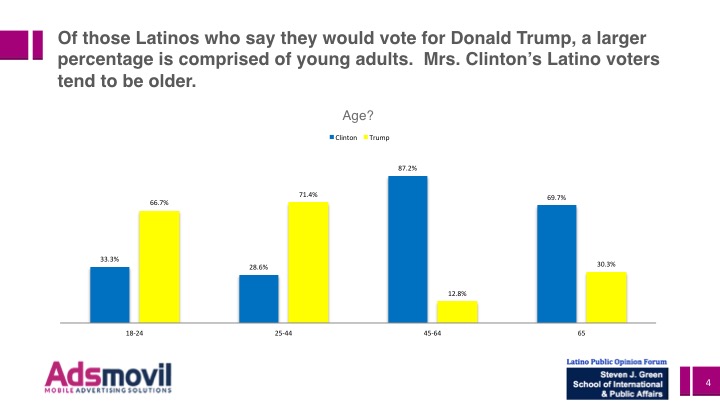 Finally, the survey reported that close to 98% of Trump supporters said that Trump’s immigration stance was the biggest reason why they would vote for the GOP front-runner. 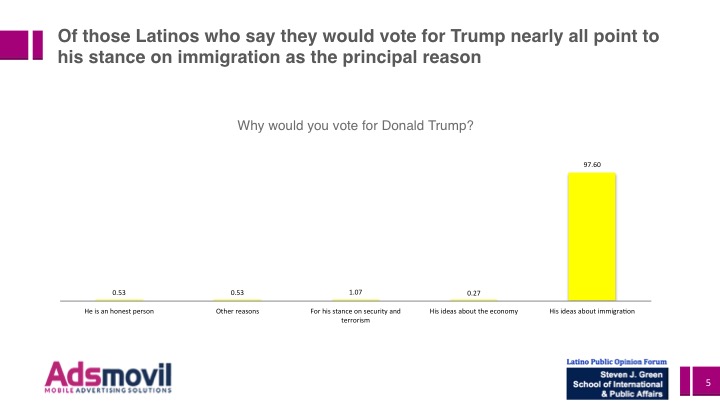