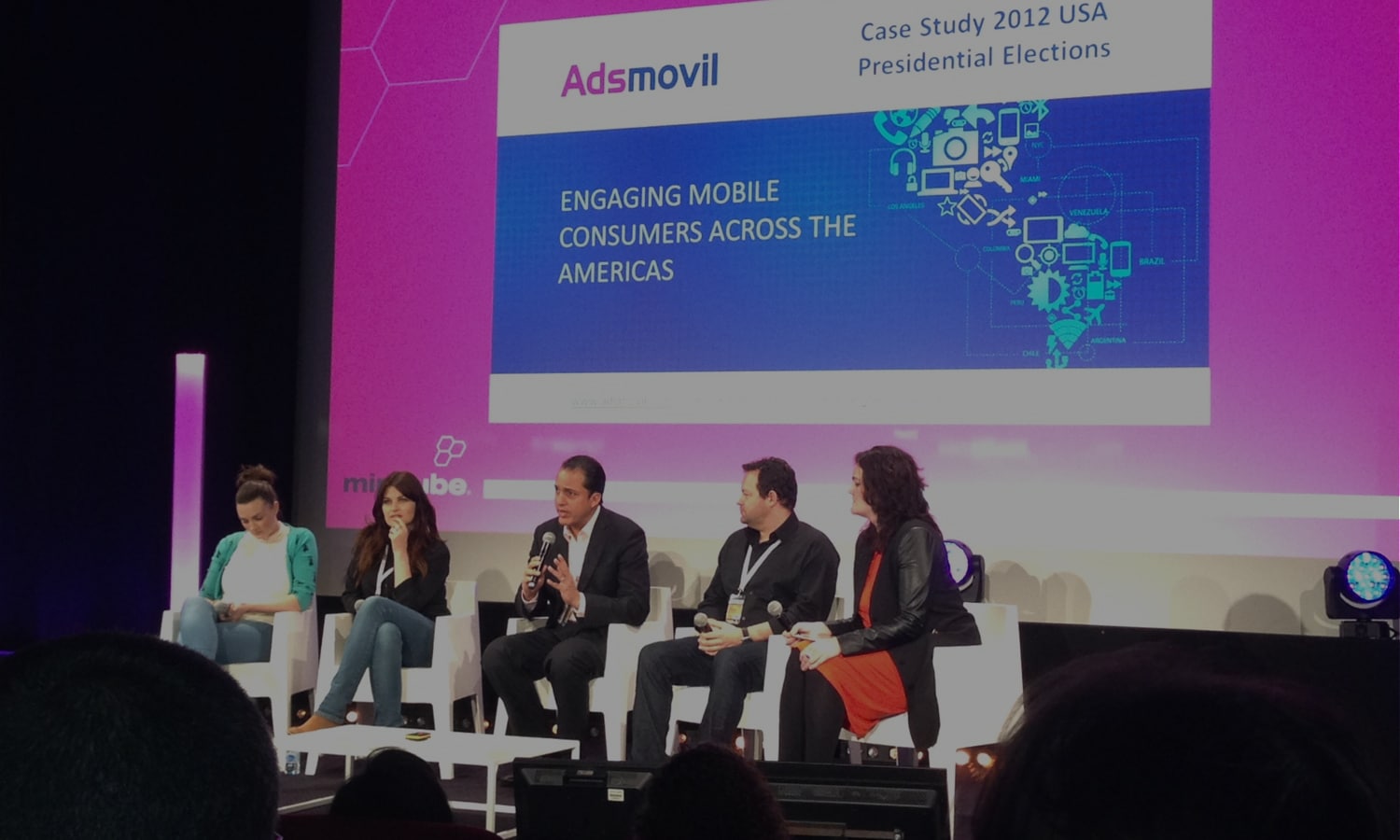 Jorge A. Rincon of Adsmovil To Speak at the Morning Sessions of MIPTV 2013

The COO of the leading Latin mobile advertising network of the Americas will present a case study on President Obama’s mobile reelection campaign targeting U.S. Hispanics

Adsmovil, the Cisneros Group of Companies’ leading mobile advertising network in Latin America and the U.S. Hispanic market, is proud to announce that its COO, Jorge A. Rincon, will be a speaker at the April 9th edition of the MIPCube Talks Morning Session titled “Building A Loyal & Invested Audience,” part of the MIPTV 2013 conference, the world’s market and creative forum for content of every screen being held at the Palais des Festivals in Cannes, France, from April 8th through the 11th.

During the session, experts of the world of interactive content space will explain in detail how to attract, build and increase the audience for the production, engagement and distribution of digital content.  Jorge Rincon will present Adsmovil’s case study on U.S. President Barack Obama’s 2012 mobile advertising campaign that targeted Hispanic voters in the battleground states, a strategy that greatly contributed to his reelection, driven by the commanding Latino vote.

“The mobile advertising campaign targeting Hispanics was a new way to connect with voters that didn’t exist in the presidential election of 2008,” Rincon explained.  “Mobile advertising is definitely the one avenue through which to directly engage targeted audiences more efficiently.”

Jorge A. Rincon is a 17-year industry veteran heading a number of mobile startups and digital initiatives; prior to joining Adsmovil, he held such positions as CEO of the digital ad network RedMas, CEO of LatCel, Cofounder of Up-Mobile Corp., and COO of StarMedia Networks.  Tuesday morning’s MIPCube session will be moderated by Louisa Heinrich, founder of Superhuman Limited, and accompanying Mr. Rincon will be fellow speakers Sam and Nic Chapman, creators of Pixiwoo; and Philip DeBevoise, President & Co-Founder of Machinima.

“By the 2016 presidential election, mobile strategies will be a greater player and far more advanced since it’s estimated that the number of American adults with mobile devices will climb to as much as 70 percent, or even higher,” Rincon added.

For a full schedule of the MIPTV conference and the MIPCube sessions, please visit http://www.miptv.com/RM/RM_Miptv/2013/documents/miptv-mipcube-2013-full-programme.pdf