eMarketer: Mobile to Account for More Than Half of Latin America’s Digital Market

As economies in the region begin to recover—coupled with presidential elections and the World Cup—total media ad spending will grow 8.7% this year to $38.04 billion.

This year, for the first time, mobile will make up more than half (52.9%) of digital ad spending in the region, totaling $5.29 billion. 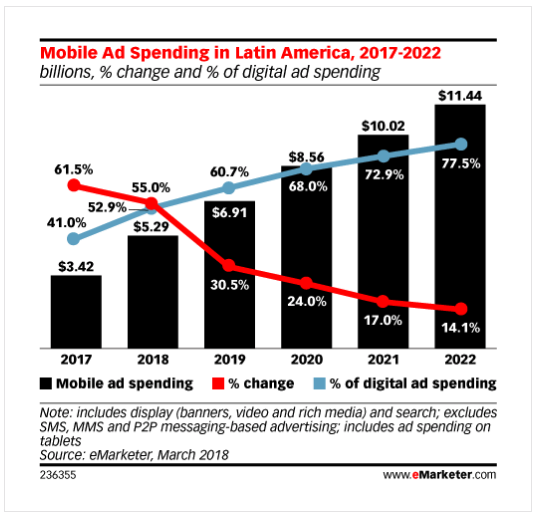 Following this trajectory, advertisers will begin to adopt a more “mobile-first” mindset as mobile approaches—and in some cases well surpasses—the 75% mark in each country by 2022. 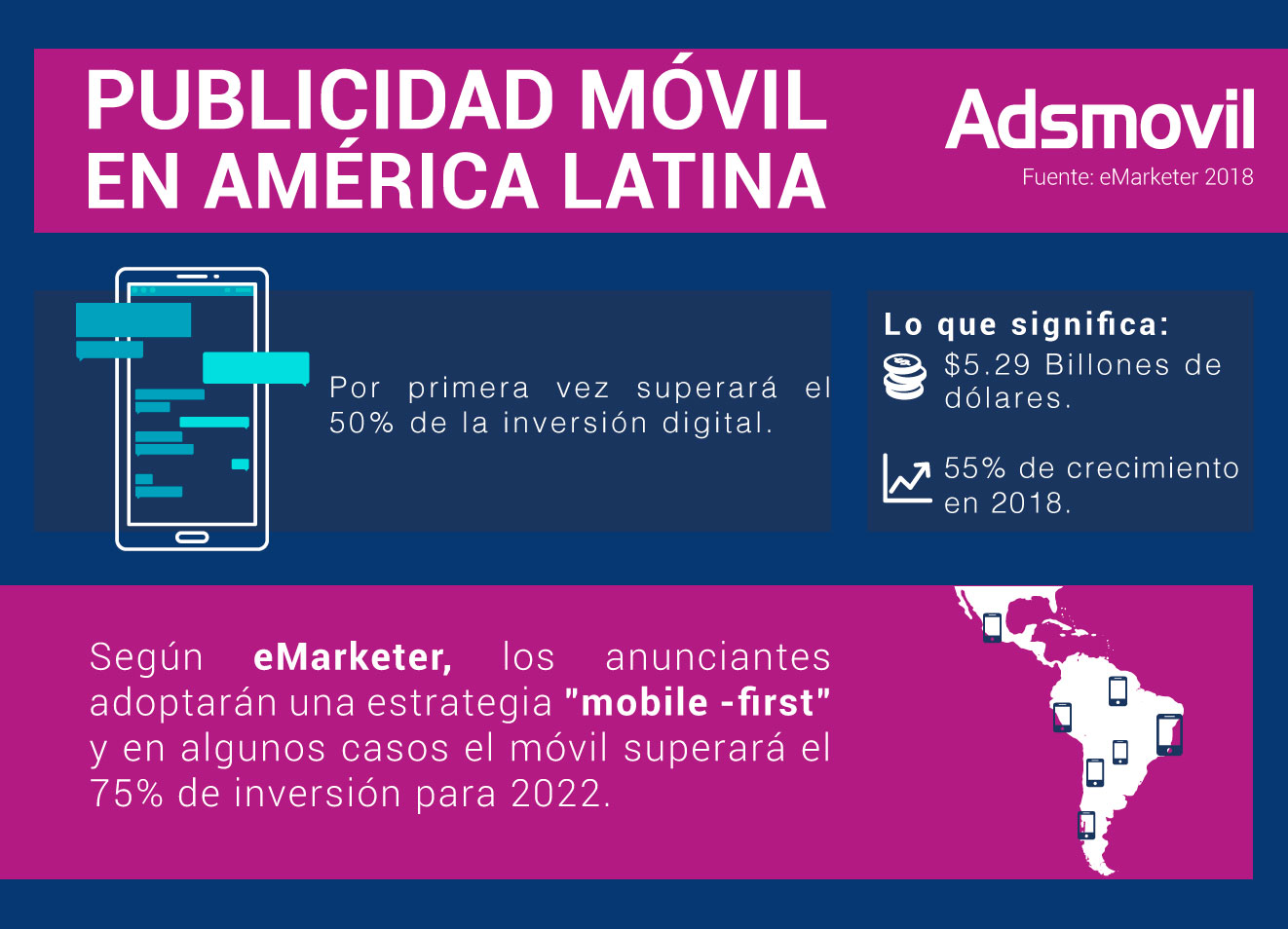