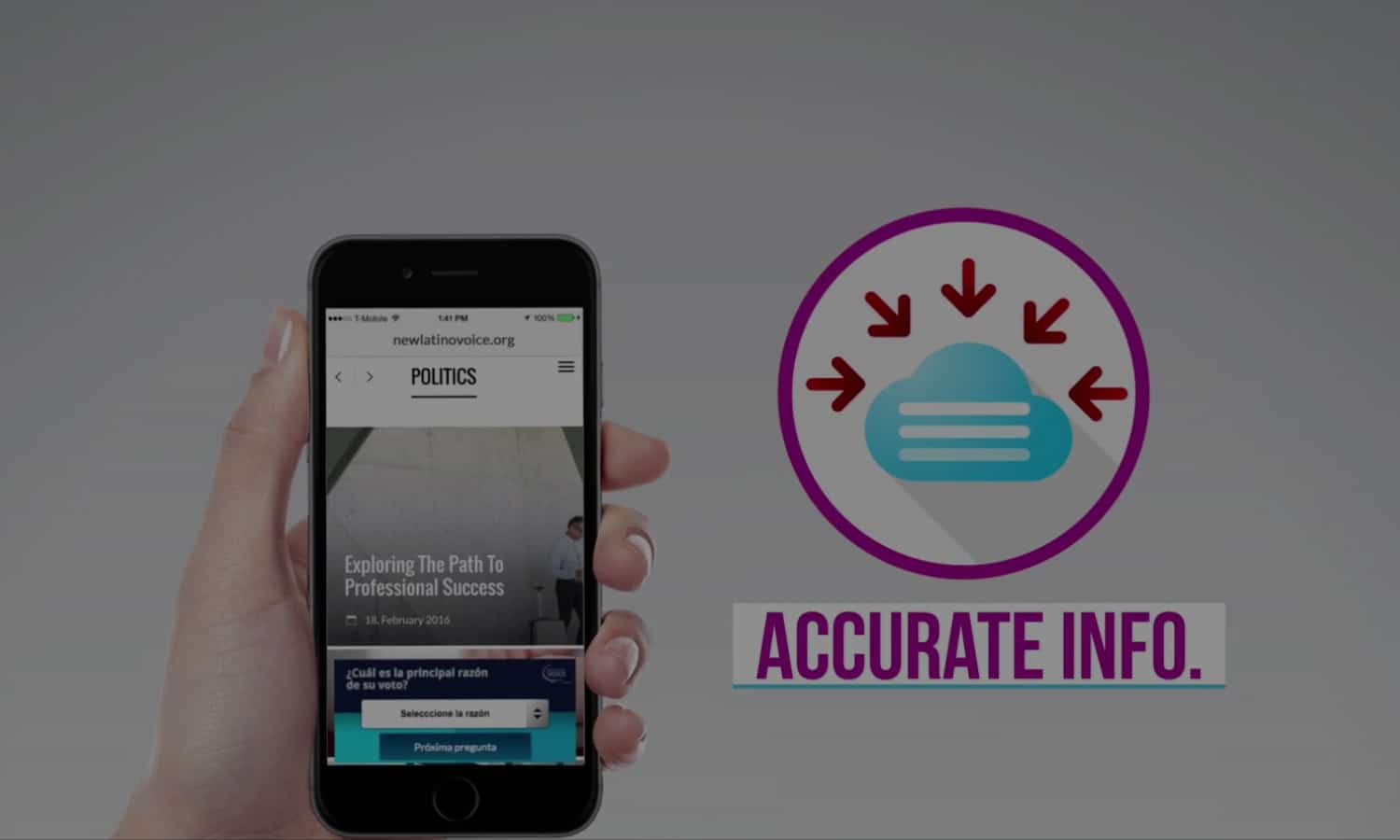 Using mobile devices to reach Hispanic voters earned top honors recently for Adsmovil, the mobile-advertising leader in Latin America and the Hispanic market in the U.S. and Spain. Its work with Florida International University on the New Latino Voice tracking poll of Latino voters brought it the prize for «Top Mobile Campaign» at the Portada Hispanic Advertising & Media Awards.

Using geolocation technology on publications frequented by Hispanic Americans, the Adsmovil-FIU «New Latino Voice» tracking poll asks respondents for whom they would vote if the election took place today, and then asks them which is the most critical issue facing the U.S. After ten weeks the poll had already reached more than 200,000 Latino citizens. Its findings have informed stories in the Wall Street Journal, LatinoUSA, the Huffington Post and National Public Radio.

«The mobile poll by Adsmovil and FIU during the Presidential Election demonstrates a natural yet creative connection by reaching U.S. Hispanics at scale,» said GroupM Multicultural President Gonzalo del Fa. «I voted this best mobile campaign at the Portada Awards due to its cultural importance as well as its creativity using mobile. Mobile is the key to reaching the U.S. Hispanic audience, and the results of this weekly mobile poll paralleled the average results of the other major polls.»

Adsmovil and FIU will continue polling Hispanic Americans and reporting the New Latino Voice results each week through the Presidential election.